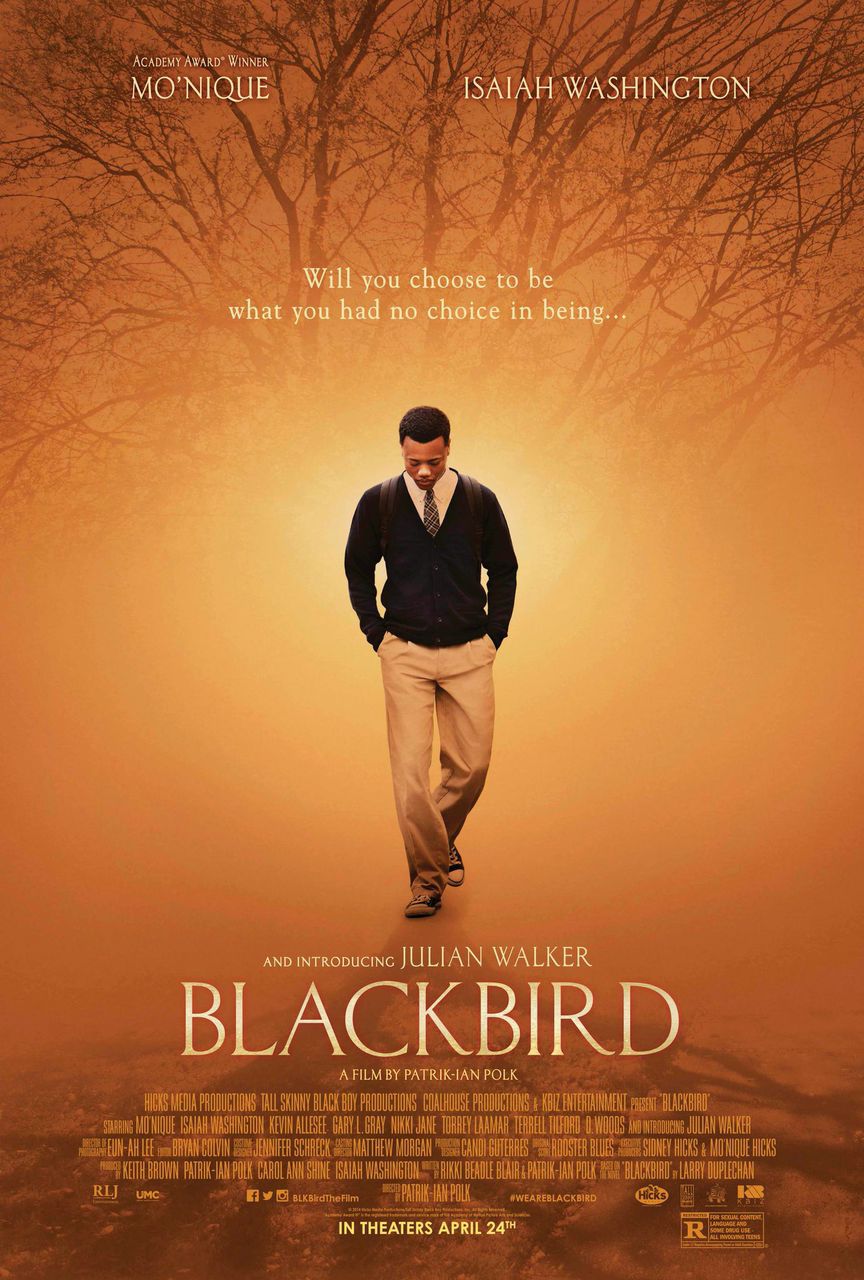 Blackbirdis a 2014 drama film directed by Patrik-Ian Polk and starring Mo’Nique and Isaiah Washington. The film is adapted from the novel (First Published in 1986) of the same name by Larry Duplechan and was released theatrically on April 24, 2015.[2]

A gay teenager in high school in a small Baptist town in Mississippi struggles with his religion and his sexuality. To make matters worse, his younger sister has been missing for years and it is tearing his family apart.

Watch a Recent Interview With Mo’Nique talking about Gay Marriages and her role in the Blackbird Movie.